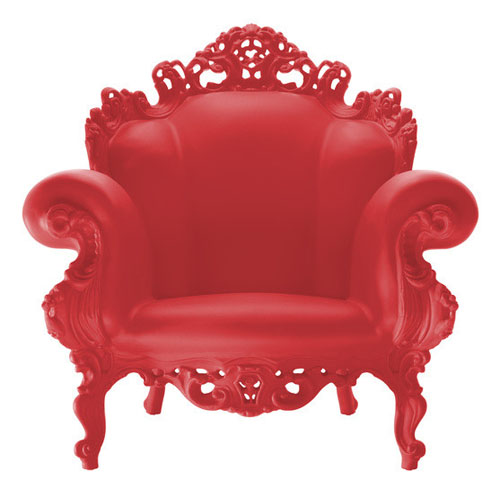 I think that many people should already know my work called "Poltrona di Proust". It is a romantic baroque armchair, on which an endless number of polychromatic points are painted by hand using the pointillism technique. These points invades the whole armchair, its fabric and also the wooden decorations. It’ s a re-design work. It is, in fact, the collage of a mock-ancient armchair and of a detail from the garden by the French painter Signac. From 1978 onwards the "Poltrona di Proust" was realized in many versions, different in colours, materials and dimensions and was even made of ceramics and bronze. It travelled all around the world and was hosted in many museums. Now a real unexpected news. A paradox becoming true. Now the "Poltrona di Proust" has become an industrial rotational-moulded object. Here’s the new armchair "Magis Proust". It is a technical and production gem. A new energy of colours and atmospheres for a timeless object. 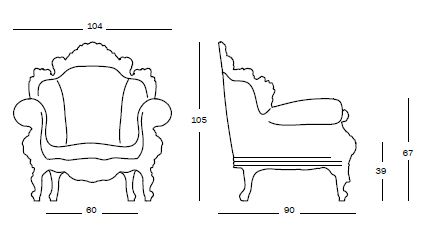 NEWSLETTER
Become part of our community, receive special offers and get a coupon of 10,00€* to use for your first purchase!
* for orders with a total amount equal or superior to 200,00 €